We Consider Big Rig Fuel Economy a Good Thing. So Why Is It Putting Independent Truckers Out of Business? Sounds great, doesn’t it? But truckers don’t see it that way. 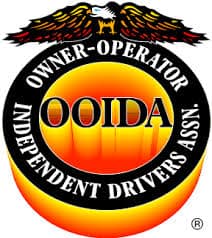 In fact, the Owner-Operator Independent Drivers Association (OOIDA) says it’s a case of piling on. Already, they say, government-required heavy truck efficiency improvements over the past ten years or so have resulted in upwardly spiraling new truck costs.

Additional regulations, they say, will simply push the cost of new trucks out of reach for many owner-operators. Without the ability to afford competitive rigs, they could simply go out of business.

An initial round of mandated fuel economy and emissions cutbacks took effect in 2011 for medium- and heavy-duty trucks, requiring reductions of between 10-20% by the 2014 model year. Commercial big rigs were at the high end of that spectrum. At that time, government sources projected the improvements would lower pollution from greenhouse gases by about 270 million metric tons. Fuel savings were projected to be $50 billion, about 530 billion barrels of oil. 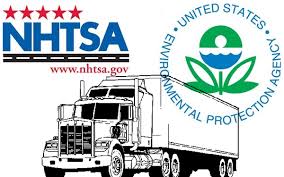 The President’s new executive order asked the Environmental Protection Agency (EPA) and National Highway Traffic Safety Administration (NHTSA) to develop proposals for further improvements in emissions and fuel economy by March 2015, with the new standards to be finalized by March 2016.

These proposals would be designed to raise federal standards for trucks that weigh 8500 pounds or more by March 2016, to take effect in model year 2018, in three truck categories:

It all comes down to money.

Whether forced by government regulations or sparked by customer desires, manufacturers have used innovative engineering and new technologies to design new heavy trucks that do, indeed, present outstanding opportunities for owners to save on fuel as well as maintenance. But that comes at a cost.

While savings from the first round of new standards were projected to be in the billions, it was also projected that it would cost manufacturers more than $8 billion to meet the new requirements – costs surely passed along to truck buyers.

Commercial trucking operations aren’t the only ones affected. In August of 2012, federal officials also put the finishing touches on details for new fuel efficiency standards aimed at automobiles and light trucks, to take effect by 2025. The Corporate Average Fuel Economy (CAFE) standards aim for 54.5 mpg.

That would ostensibly save consumers $1.7 trillion in fuel costs, lower U.S. oil consumption by 12 billion barrels and greenhouse emissions by 6 billion metric tons. Those regulations also promote a move toward electric and plug-in hybrid vehicles. So what do you think?

Cleaner air and lower dependence on foreign oil are laudable goals, but as a big rig owner, what do you think of the President’s latest proposed changes? Will it save you money? Will it affect our business in other ways? Let’s talk. It matters to all of us.