Will the day really come when you can transport your load across state lines – any or all of them – without worrying about fluctuating size and weight configuration regulations? The Specialized Carriers & Rigging Association (SC&RA) sure hopes so. Life would be much simpler and business operations much more efficient (and cost-efficient) if everyone was on the same page. But they are not.

Every state for themselves

Each state sets its own limits for allowable dimension and weight configurations for envelope vehicles. Because the requirements and weight allowances differ from one state to another, interstate truck travel suffers delays and increased costs, which are passed along to consumers. According to SC&RA VP Steven Todd, “Lack of uniformity amongst states is costing our member companies millions of dollars annually.” He says the ultimate result is that almost every citizen/taxpayer pays more for goods transported by truck.

He’s not wrong about that.

What does that mean for customers? Per move, the report indicated costs increased an average of 45-82%. Translated into dollars, that’s an average increase of $4,245-$5,440.

The final report on the study says “the maze of rules and regulations that specialized carriers face in making interstate movements is truly overwhelming. As many states will attest, the basis for some of these regulations are extremely dated, not based on any empirical data or evidence.”

But there are other costs, Todd warns. One is increased strain on the nation’s already-crumbling roads and bridges, because loads that are oversize or overweight are rerouted – often thousands of miles – adding to vehicle roadway miles traveled annually. The SC&RA suggests there is a motorist safety issue at play, too, with greater access to automated permitting boosting the number of legal-load, legally-permitted trucks on the highways.

The Uniform Permit Transport 2021 initiative calls for every state to set consistent, minimum size/weight standards for both routine and automated permitting by 2021. The program was launched early last year by the SC&RA, with two key goals in mind: 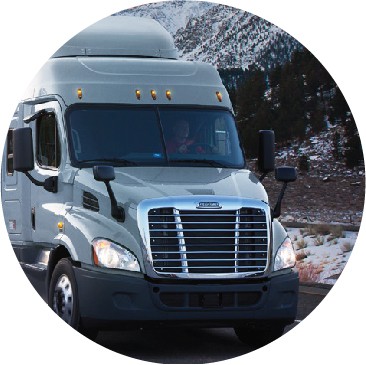 Many states already use auto-issue permitting, for configurations that can reach as wide as 16’ and as heavy as 250,000 pounds.

The SC&RA defined 11 different envelope vehicle configurations it suggests should be included under their proposed scheme. These represent the most common overweight permits issued by states. Furthermore, UPT2021 would pertain only to “non-divisible” loads, identified by the federal government as those “that cannot be dismantled in less than eight hours of if dismantled would compromise the intended use of the vehicle or destroy the value of the load.” Construction equipment, transformers, and bridge beams are examples.

Up to 36 states and counting

Since the UPT2021 initiative was announced, there have been a few tangible signs of progress. With 2021 just barely over a year away, where do things stand? When the SC&RA unveiled their proposal, they noted that “more than 30” states were using an auto-issue permit system. That number officially rose to 36 when Idaho announced their new Automated Permit System would take effect on July 1 of this year. At the same time, Idaho raised size and weight thresholds eligible for auto-issued permits to levels higher than the industry minimums noted above. That makes Idaho just the 22nd state to do that.

Nonetheless, the SC&RA praised the state’s new regulations as “a major win” for the UPT2021 initiative. Will UPT2021 reach its goal of harmonizing requirements across all 50 states? It’s an ambitious goal to be sure, acknowledges Steven Todd. “But the consequences of doing nothing are no longer tolerable.”