NYS Senate Passes Act to Protect Our Roads and Bridges

Just last month, the New York State Senate passed the Bridge and Road Investment and Dedicated Fund Guaranteed Enforcement Reform Act – known, in short, as the BRIDGE Reform Act.  Its purpose is to protect a fund which originated in 1991 and that exists solely for the use of rebuilding, repairing, and replacing New York’s highways and bridges.

You might be surprised to know that roughly 30 percent of New York State’s bridges are considered to be in fair or poor condition – which explains the need for a fund that is dedicated strictly to the repairs and reconstruction necessary to minimize this 30 percent statistic.

However, for several years now, the fund has been misused, and the taxpayer money it is made up of has been spent on other state projects, unrelated to our suffering bridges and roads.  In fact, it is estimated that nearly 75 percent of the fund’s money has been spent on projects having absolutely nothing to do with what it is intended for – the bridges and roads we travel and depend on every day that are in dire need of repair.  Instead, the fund’s majority – something to the tune of $463 million – has been going to things like snow and ice removal and overall winter upkeep, as well as services at the Department of Motor Vehicles.

But with the recent legislation of the BRIDGE Reform Act, the misuse of the taxpayer money will end.  Passed just a short while ago on May 21st, the Act is now in place to protect the fund and make sure that the taxpayers’ money its comprised of goes toward its sole purpose – our roads and bridges.  An uninterrupted flow of funds will be forced to go where it is supposed to and, as a result, we can expect safer, better quality bridges and roads.

Another perk to this Act – repair and reconstruction job opportunities for the bridges and roads suffering most will, presumably, be more ample over the next few years, as the bill corrects past mistakes and misuse, and the Act enforces its meaning.

Keep Tracey Road Equipment in mind for all of your current and upcoming jobs – we have all of the trucks, equipment, rentals, attachments and parts you need to get the job done! 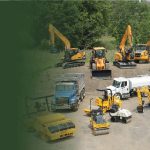 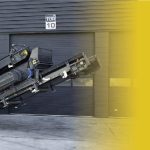 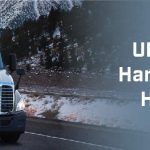