Hardhats for Highways: New Association Stands up for the Construction Industry in Congress

Hardhats for Highways: New Association Stands up for the Construction Industry in Congress

Have you signed up for Hardhats for Highways yet? If you own, manage or work for a transportation construction firm, the Transportation Construction Coalition (TCC) wants you to take an active role in educating and pressuring members of Congress to stop delaying and do something substantive to fix the ongoing financial crisis facing the federal Highway Trust Fund (HTF).

The HTF is the primary source of money available to states to pay for new construction projects and repair deteriorating roads and bridges across the country – the roads and bridges that carry a significant portion of the nation’s commercial traffic. HTF funds also pay for public transportation systems such as mass transit. “Hardhats for Highways” was announced earlier this year at CONEXPO in Las Vegas. 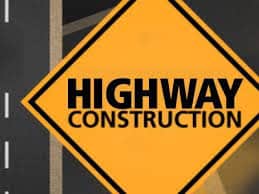 As a national coalition of associations and labor unions in the transportation construction industry, TCC wants U.S. representatives and senators to understand the connection between highway funding and hundreds of thousands of local jobs. The “Hardhats for Highways” initiative asks contractors and their employees to personally contact their Congressional team with “e-Hardhat” messages that underscore the importance of continuing investment in the federal transportation system.

If you’re an employer, you can do more, by obtaining specially-designed “Hardhats for Highways” decals from TCC. The idea is to write on each label the number of people your firm whose jobs depend on federal highway funding, affix the decals to real hardhats and deliver them to each of your Representatives and Senators.

TCC is tracking the number of construction firms and employees who participate in “Hardhats for Highways.”

The lack of funding is a familiar theme.

There has been a great deal of discussion in Congress and elsewhere around the country for years about the fact that the HTF is about to literally run out of money. This Spring, federal officials warned state transportation directors that money might even dry up for projects currently underway.

But so far Congress has been unable to agree on a lasting, stable method of funding national road, bridge and public transportation projects.

Right before Congress adjourned for the August recess, the House and Senate passed a stop-gap measure that would keep the Highway Trust Fund alive until May, when the next Congress can once again take up the discussion.

A press release issued just last month describes New York’s rural bridges as among the most deteriorated in the country. That’s one of the findings detailed in an extensive report released by the non-profit National Transportation Research Group (TRIP).

Connecticut tops the list of states with rural roads in poor condition, at 35%. New York ranks 17th in structurally deficient rural bridges, at 14%, and 19th in rural fatality rates. The rate of rural traffic fatalities in New York is more than triple the fatalities on all other roads in the state.

Although much of the nation’s truck-based commerce travels on interstate highways, the TRIP report notes that rural transportation systems are vitally important to agriculture, energy and tourism. And while these roads were never designed to carry high load volumes, the report also notes there was a 16% increase in average travel per lane-mile by large trucks on major, non-arterial rural roads between 2000 and 2012.

Commenting on the TRIP report, Mike Elmendorf, president and CEO of the AGC NYS, said “These statistics once again show why it is imperative that Congress get its act together to protect the Federal Highway Trust Fund.”

Hardhats for Highways aims to keep up the pressure until a long-term funding resolution can be achieved.