Just in time for the new year, Western Star has launched a brand new addition to its X-Series – the 47X. This lighter model workhorse joins the 49X, extending X-Series vocational capabilities with purpose-built trucks for new applications such as concrete mixers, dump trucks, snowplows and crane trucks. Order now, and you’ll be able to put your new star performer into play early in 2022. 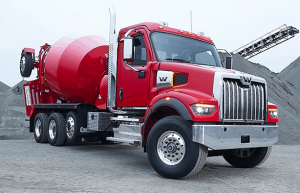 The all-new 47X is everything you’d expect from a truck that carries Western Star’s legendary name. Tough. Durable. Powerful. And a cab that ensures drivers get the full royal treatment in ease of working, comfort and stylish detailing. And, oh yes, safety.

But there’s more. After all, we’re talking Western Star. So the 47X offers a galaxy of features designed to drive greater productivity, uptime and profitability:

You get the idea. It’s a Star in every way. And here’s what just might be the best part – the 47X is not only highly customizable, it is designed for fast upfit. From chassis configuration to electrical and technology options, “you can take things that were once considered to be complex, expensive or impossible to do and accomplish them more easily and efficiently,” says David Carson, senior vice president of sales and marketing for Daimler Truck North America.

Get the Full Story

The Western Star 47X is available for order right now. Instead of waiting around to get exactly the truck you want and need, you can take delivery and put that truck to work sooner, to start reaping the benefits. So give us a call, and let’s talk about how this truck can put some extra star-power in your 2022 business plan.