As of January 1, 2015, employers will have to comply with new regulations set forth by the U.S. Department of Labor’s Occupational Safety and Health Administration. The updated OSHA regulations relate to severe work-related injuries and deaths, altering who must report as well as what must be reported. 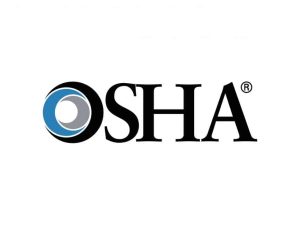 Under the previous OSHA regulations, certain employers had to report deaths or in-patient hospitalizations when three or more employees were involved. Under the new rules, every employer must report:

Some employers – those in officially-designated lower-risk industries – are exempt from maintaining illness and injury records, but even those employers must meet the new OSHA regulations for reporting. Employers who never had more than 10 employees at any time during the previous calendar year are still exempt from record-keeping, regardless of classification.

To file a report to OSHA, you can call their free, confidential phone number, which is 800-321-OSHA (6742). Or you can call the nearest Area Office during normal business hours. To make this more convenient, OSHA is developing an online portal employers can use to electronically file reports. It’s not clear yet when the portal will be up and running.

The new OSHA regulations are part of an initiative to reduce workplace fatalities and severe injuries, which comes on the heels of recently released figures from the Bureau of Labor Statistics. According to their 2013 National Census of Fatal Occupational Injuries, 4,405 workers were killed on the job last year. 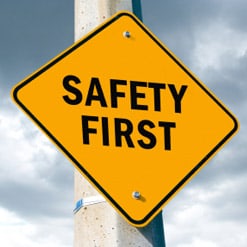 Thomas Perez, U.S. Secretary of Labor, has said publicly that on-the-job injuries and deaths are “absolutely preventable.” He says the new rule changes will enable OSHA to “focus its resources and hold employers accountable.”

Dr. David Michaels, Assistant Secretary of Labor for Occupational Safety and Health, says the enhanced reporting will improve the agency’s ability to direct resources toward saving lives and preventing future injury and illness. Requiring every incident to be reported will increase OSHA’s ability to see which workplaces represent the greatest risk and target them for greater intervention aimed at protecting other workers at that company or worksite.

Greater intervention could come in the form of compliance assistance or, if warranted, stronger enforcement measures.

OSHA also updated the list of industries exempt from maintaining illness and injury records, although that does not change anything for the construction industry. The old list was based on Standard Industrial Classification (SIC) codes, but the Bureau of Labor Statistics and other federal agencies now use the North American Industry Classification System (NAICS) to categorize businesses. The list change will better align data gathering and reporting.

Employers in states under Federal OSHA jurisdiction will have to begin complying with the new rules on January 1. Some states operate their own health and safety programs – for instance, in New York the Department of Labor holds responsibility. Employers operating in those states will need to check with the state agency to determine if they also have to comply by January 1, or if another date has been set.