As of the first of this year, you can purchase off-road equipment equipped with Tier 4 Final engines. No more “interim” modifications to meet stringent government regulations means engines have reached their ultimate goal. At least for now.

Anyone who’s been in the industry for a while has seen the gradual progression of engine changes that started with Tier 3 changes back in 2006. But unless you’ve purchased new equipment during those years – and unless you plan to buy a brand new vehicle this year – you haven’t seen personally what all that new technology really means. 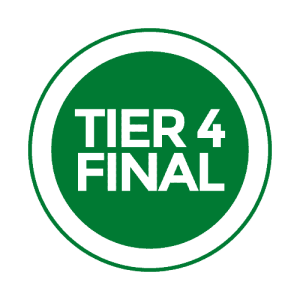 The point of the new regulations was to dramatically reduce pollutants entering the atmosphere, specifically particulates and nitrogen oxides (collectively known as NOx). The new engines meet those stringent new standards, and many of them manage to be more fuel efficient at the same time. Considering the cost of diesel, that’s great news. On the other hand, maintaining these engines requires a different set of protocols and costs. And the initial purchase price may be as much as 10% higher.

As you blend these new machines into your fleet, you’ll want to carefully reassess your operating costs, so you continue to bid jobs and make long-term financial plans based on accurate numbers.

Let’s take a look at what all those engineers and designers have been doing to make Tier 4 Final a reality and what it means for you, on the job.

This simple engine component does just what the name implies, capturing some of the exhaust and mixing it with fresh intake air. With less oxygen in the combustion chamber, air that’s finally exhausted contains less NOx.

Again, the name says it all — these ceramic honeycomb filters trap particulates in the exhaust. That becomes important during cold starts or when the engine is idling or under light load, because the exhaust isn’t hot enough to burn off particulates on its own. DPF relies on a system called regeneration — when the filter nears capacity it creates back pressure, causing the system to inject a little diesel fuel. The temperature rises, burning off accumulated particulates. Depending on the manufacturer, regeneration is triggered manually or automatically. Eventually, ash buildup means you have to clean or replace the DPF. For engines at or above 175 hp, the filter is mandated to last at least 4500 hours between cleanings.

This exhaust after treatment supplements the EGR in reducing NOx levels. It’s been incorporated in on-road trucks since 2010. After the exhaust passes through the DPF or DPF/DOC, it’s misted with a mixture of water and urea known as diesel exhaust fluid, or DEF. On the plus side, the engine can run cooler because SCR relieves some of the load on the EGR. On the down side, you cannot afford to run out of DEF while on the road, because your engine will derate. DEF costs about the same or a little less than diesel.

This fuel is the only diesel available in the U.S. and Canada now, so it’s nothing new. There is some long-term concern, however, that as vehicles with Tier 4 Final engines – which can only burn ULSD – come up for sale on the used market, they may be shunned by buyers in foreign countries where ULSD isn’t available. Maybe, by that time, things will have changed.

It’s rather like alphabet soup, but together these technologies spell cleaner air and more efficient performance.