It may be winter now, but in just a few short months your excavators will be back in action. If you hope to make 2018 a profitable year, you’ll have to make the most of every working moment. While Kobelco, Liebherr, and Hyundai excavators all incorporate their share of advanced excavator technology features, the question is: are you using those features to maximum advantage?

Machines outfitted with the latest technology and other upgrades are expensive. That means you have to squeeze more out of them to make money and capture a gratifying return on your investment. Operators have to know what all the options can do for them, and know how and when to use them. That takes training. Features that go unused are a waste of money, and failure to operate the machine as efficiently as possible costs money, too.

Lots of choice, but little standardization 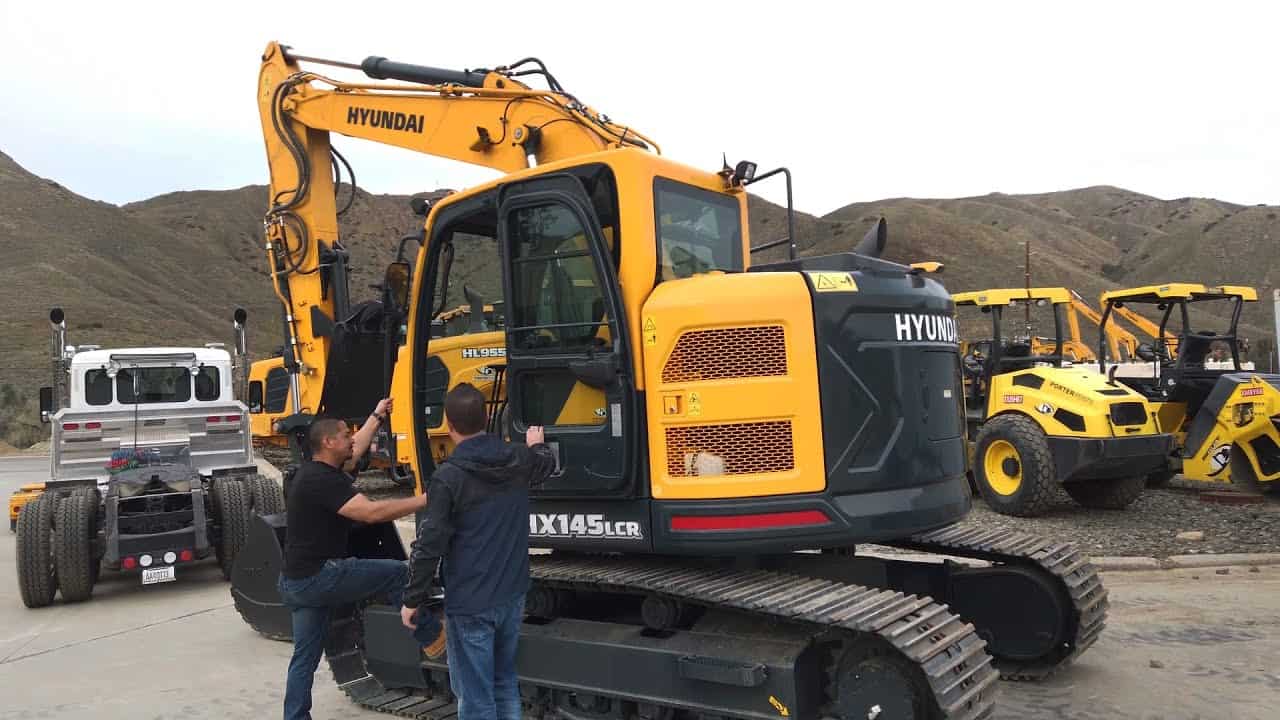 Training becomes even more of an issue if you’re running more than one brand of excavator, because each OEM does things at least somewhat differently. Different ranges of features, different nomenclature, different controls. Operating modes are sometimes defined by their performance traits (Power or Eco, for example) and sometimes by their physical function (Lift, Dig, etc.) Some manufacturers just use numbers or letters to identify modes, which requires operators to memorize what each letter or number stands for.

Some excavators  are programmable, for as many as 20 different attachments, giving operators varying levels of control over the programming and/or manual override control. Even the control mechanisms themselves vary, from simple switches to new haptic controllers that electronically incorporate a sense of touch that is supposed to increase in-hand control precision.

Today’s excavators range from models with no assistive features to machines that can be completely controlled using Global Navigation Satellite System (GNSS) technology. Most, of course, fall somewhere in between, with varying levels of semi-autonomous control. Excavators aren’t necessarily the best candidates for semi-autonomous control, though, because their operation is much more complex than, say, a dozer.

For example, for bucket operation, the system would have to recognize the teeth-to-bucket pin dimension for each bucket and then be able to monitor the bucket’s exact position as it curls or the boom or stick moves.

Monitors are growing, in size as well as popularity

Monitors are commonplace in excavator cabs now, and they’re getting better for easier visibility. Typical screens are now 7 or 8 inches. But they aren’t necessarily touchscreens. Construction is a dirty and sometimes-damp job, so some OEMs provide control buttons instead. Regardless, control mechanisms are moving away from the console and onto the monitor itself.

Liebherr excavators have an automated central lubrication system that operators manage via the monitor. But operators must know what the icons mean in order to know how to respond (or if they need to do nothing while the machine does its thing).

Ergonomics can make a significant difference 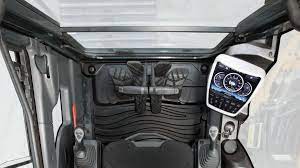 Construction is tough work for operators as well as machinery. Excavator OEMS have worked for years to increase creature comforts that make the cab a more welcoming, less stressful working environment. That includes everything from upgraded HVAC and sound systems with mp3 and Bluetooth compatibility. The cabs themselves are designed to reduce shock and vibration as well as keep out dust and noise.

But experts say it’s the seat that makes the most functional difference in reducing operator fatigue. What is recommended? Wrists should be held straight. Elbows should be at a 90o angle. The seat should be positioned so operators don’t have to move their shoulders at all to use the controls. One expert even suggests trying out the settings in “wrong” positions simply to see what that feels like. Ultimately, every operator is a different size and shape, so the best settings are truly individual.

OK, not exactly, but excavators come with a range of visibility options, too, from bigger windows and windshields to rear-facing cameras to 360o systems. Hyundai’s All-Around View Monitoring (AAVM) is an example. Hyundai also offers another option called Intelligent Moving Object Detection (IMOD) that detects and responds to motion and sounds that occur within 5 meters of the machine’s sensors. Operators can hear the sounds in the cab.

With all the options excavators may have these days, there is obviously a lot to learn. And a lot to adjust. But if every tweak makes an incremental improvement to your excavator’s overall performance, just imagine how much that can add to your profitability come year-end 2018.