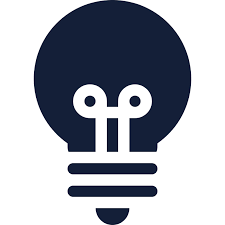 Bet you never thought you’d see an electric mini-excavator, did you? And, yet, there it is – a spanking-new prototype, the collaborative effort of Hyundai Construction Equipment (HCE) and Cummins, Inc. And, yep, it’s electrically powered. Charge her up for three hours, and this mini-excavator will give you a full 8-hour workday. That’s the plan, anyway.

Electric power is trending, on the road and off

“Electric vehicles continue to expand their share in the automotive market,” notes D. S. Kim, HCE Senior Executive Vice President & CTO. “We are simultaneously seeing the electrification of commercial power systems being pursued by many as both an environmentally friendly and economically sustainable solution for construction equipment.”

With that in mind, HCE and Cummins decided to use turn their long-standing partnership toward electric construction equipment, starting with a mini-excavator. The prototype is a 3.5-ton machine. It runs off eight BM4.4E modules – designed and built by Cummins — which are connected in series to produce a combined 35.2kWh of energy. According to Cummins, modular design enables the system to be built up and aligned to the duty cycle of the excavator. The modules are mounted in the base of the excavator.

Designed for urban and suburban applications

HCE’s Kim notes that mini-excavators are commonly used for urban and sub-urban worksites, where machines operate in close proximity to residential areas. For that reason, HCE expects that “mini-excavators will be a prime candidate to electrify to meet zero-emission and low noise requirements in the near future.” Using the BM4.4E flexible electric modules, the prototype machine produces zero gaseous emissions and operates at a significantly lower noise level than standard machines.

Not quite ready for prime time

You won’t see the Cummins-HCE electric mini-excavator rolling off the assembly line just yet. The design team plans to continue testing their new prototype, in order to further improve performance as well as verify the machine’s structural integrity. With demonstrable productivity and reliability, the machine will be ready to hit the market.

So it’s only a matter of time. Perhaps you should start thinking about how an electric mini-excavator might add value to your fleet.